As a photographer what can you learn from Leonardo Da Vinci ?

Introduction
If I were asked to name the most admired painter in the history, that would be Leonardo Da Vinci.He was a polymath and many of his ideas and inventions were far ahead of his time. His achievements were attributed to the fact that his ability to observe the nature with a never ending curiosity and an unconstrained imagination.

About Leonardo Da Vinci
Da Vinci lived during the high Renaissance between 1452 – 1519. Although his contemporaries such as Michelangelo, Titian, Botticelli and Bellini brothers were fine painters themselves, Da Vinci’s knowledge of light, anatomy, geology, botany and various other fields put him in a unique position among the renaissance painters. He had been a constant innovator all his life. The knowledge he gained through his observations were influential in creating the masterpieces such as the Mona Lisa, the Last Supper and the Virgin of the Rocks.
Being a chronic procrastinator, Da Vinci did not paint prolifically as many of his counterparts. However the number of journals maintained by him show his relentless effort to see the world through mind’s eye without prejudices. Da Vinci’s attention to detail is mind blowing.
Even as a modern day photographer there are plenty of things you could learn by studying his paintings. For the sake of simplicity, I would list just a few composition rules he followed to make the paintings aesthetically appealing.

Rules of composition
Linear perspective
Linear perspective is the technique use to create the illusion of depth / space on a flat surface using the combination of a horizontal line, orthogonal lines and a vanishing point. The horizontal line runs across the canvas at the eye level of the viewer. The orthogonal lines converge at the vanishing point just like parallel railway tracks meeting at the far horizon. The combination of the above gives the viewer the illusion of depth and the sense of space.

Symmetry and Balance
Symmetric (formal) balance is a concept involves in distributing the similar or equal looking visual elements on either side of the central axis to give the impression of stability. 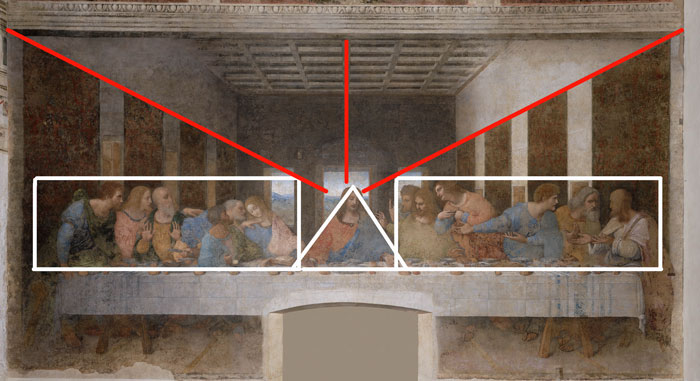 Triangles
The triangle is the simplest form of a polygon. As a composition element it adds a sense of visual unity. The triangle is made up of two diagonal lines that are anchored on a horizontal line. The item at the peak usually appears to be superior. The triangular shapes also add dynamism and placing it in the middle area makes it the focal point of the frame.

Leading lines
As the name suggests the leading lines guide the viewers eye from one point of the piece to another or even out of it. Da Vinci used this composition element quit extensively on his paintings.

Golden Ratio / Section
The golden ratio is found in nature in flowers mega-pizzeria.com , water waves, trees and even in hurricanes. It supposed to be the most pleasing to the human eye. Please checkout the following video to see how it works. 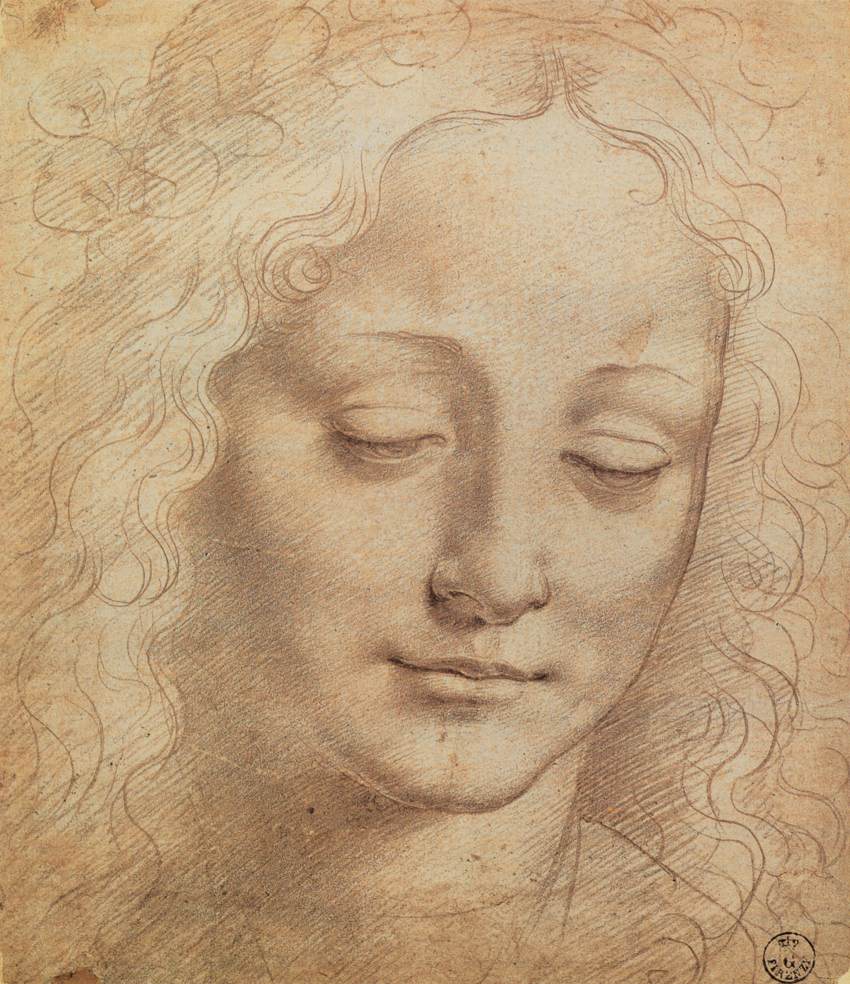